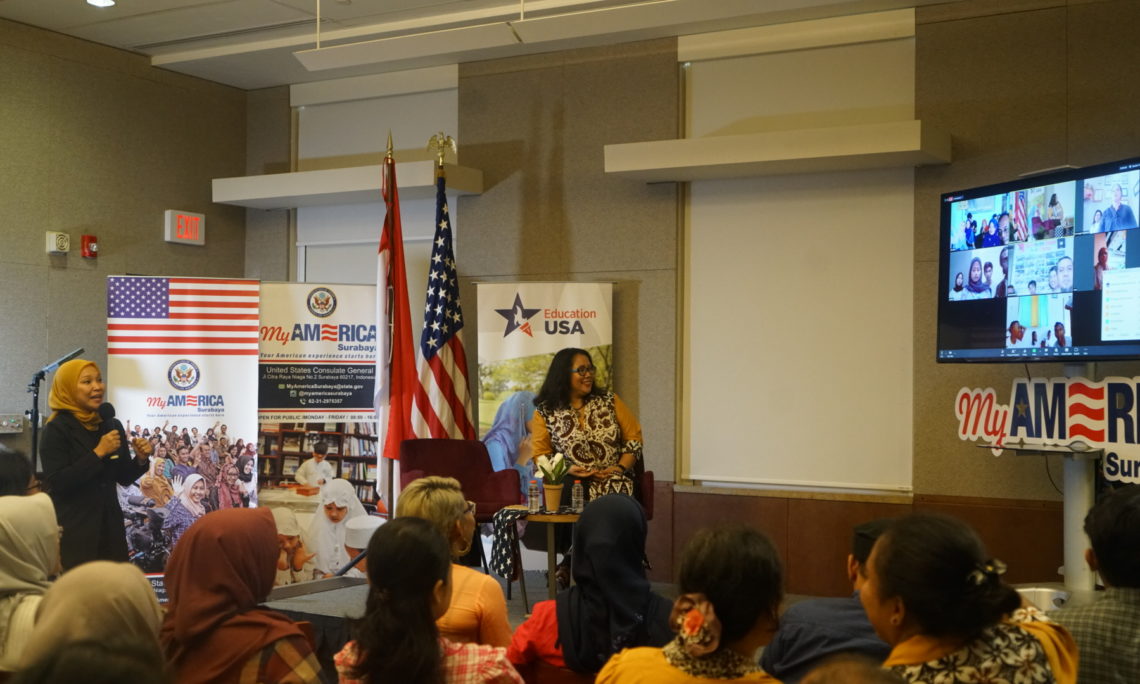 The International Visitor Leadership Program (IVLP) is the U.S. Department of State’s premier professional exchange program. Through short-term visits to the United States, current and emerging foreign leaders in a variety of fields experience this country first-hand and cultivate lasting relationships with their American counterparts.  This year marks the 80th anniversary of the program, and the State Department selected Ms. Umrah as one of two Indonesian alumni to highlight among the 250 alumni in its year-long anniversary celebration, “Faces of Exchanges”.

“Our exchange programs strengthen people-to-people connections between the United States and Indonesia.  The alumni participating today are leaders in their field.  They are using the lessons they learned and tools they developed during their exchange in the United States to make a positive impact in their communities,” stated Acting Consul General Angie Mizeur

This is one just one example of enduring a partnership between the United States and Indonesia and shows our commitment to empower women in Indonesia.  For more information about Women’s History Month or the work of the United States government in promoting women and children’s rights, and exchange and other opportunities, please follow us on social media @uscongensby and @myamericasurabaya.

About MyAmerica Surabaya
MyAmerica Surabaya is a center of information and culture of the United States that offers a safe space for the public to engage various topics. Visitors can get information about learning opportunities in the United States from an EducationUSA advisor, learn about American culture, and discuss policies, as well as learn about the latest technologies such as 3D printers and virtual reality, and other technologies.