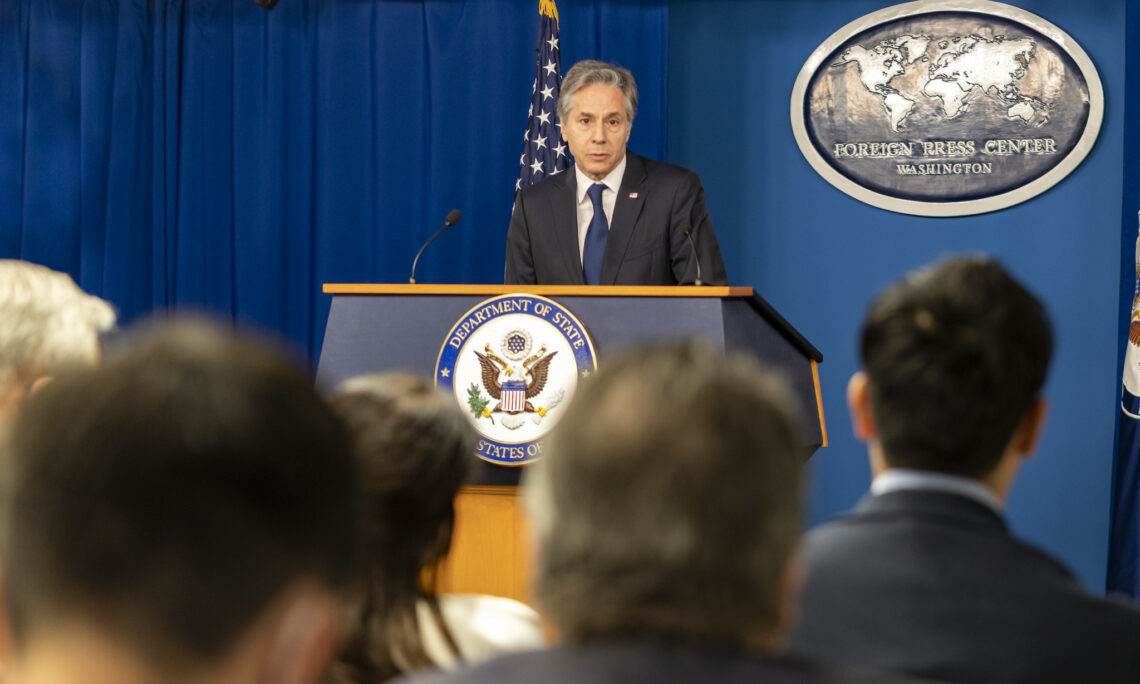 Secretary Blinken: A vibrant independent press is a cornerstone for any healthy democracy.  At its core is the idea that information is a public good, crucial to everything we do, to every decision that we make.  And often we trust the press with providing that information.  It’s what helps citizens understand the events, the forces that are shaping their lives.  It allows people to engage meaningfully in the political and civic spheres of their communities, their nations, and the world.

A free press is one of the most effective tools that we have for advancing human rights.  Whether it’s documenting unjust working conditions, corrupt or failing public services, discrimination against women and marginalized groups, abuse of security forces, accurate reporting shines a bright light on the parts of our societies that need fixing, that need to be illuminated.  That brings pressure to change, to form, as we say in the United States, a more perfect union.

Having said that, we meet a time when the exercise of freedom of expression, including freedom of the press, faces profound threats.  Some of these are old; some are new.  Threats that we, the United States Government, Department of State, all of us as citizens have an abiding interest in confronting, and doing so head on.

The U.S. Government is taking a wide range of action to push back against this repression and to strengthen press freedom. I’d like to highlight three aspects of what we’re doing in the time that we have today.

First, we are taking urgent steps to help protect journalists in conflict areas.  In Ukraine, for example, we’re equipping journalists with flak jackets, first aid kits, satellite phones.  We set up a press center in Lviv to help local and national Ukrainian media outlets continue their operations.  We’re also offering emergency aid and psychosocial support to journalists who bear the invisible wounds of reporting from war zones.  This work goes hand-in-hand with the Journalism Protection Platform that we announced at the Summit for Democracy a few months ago, which will provide at-risk journalists with training in digital and physical security, psychosocial care, and other forms of support.

Second, we continue to raise the profile of cases of journalists who are being targeted for their work – using every platform and diplomatic engagement that we have.  Today and every day we think of American journalist Austin Tice, who has been held captive in Syria for nearly 10 years, a quarter of his life.  We will continue to pursue every avenue to secure his release.

We’re rallying broader coalitions of countries to these efforts, such as the Media Freedom Coalition.  This is a group of more than 50 countries that share our commitment to press freedom as well as to the safety of journalists.  So, for example, when we call out Beijing for cracking down on independent media in Hong Kong, we’re doing it together with countries from every part of the world.  And we’re using targeted sanctions to impose costs on the perpetrators of such attacks, including new authorities we created like the Khashoggi Ban.